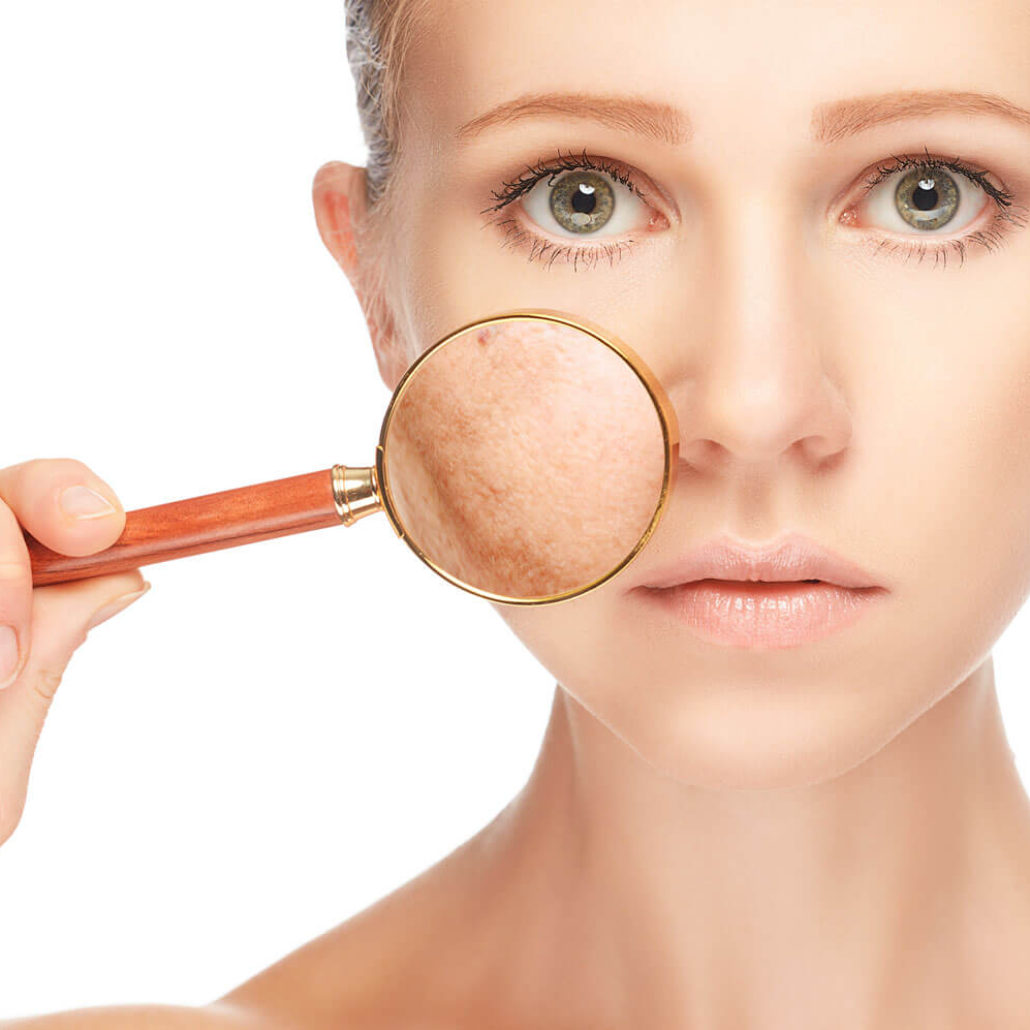 Pigmentation … What is it?

Pigment or pigmentation is a term used to describe colouring.  In humans, it is the natural colour of a person’s skin, hair, mucus membranes and the retina of the eye, which is dictated by your genes.

Pigment and its mysteries

It is not the number of pigment cells (melanocytes) that determine an individual’s natural colouring; it is the differences in the type of melanin being produced, and the size, number and packaging of specialised cellular vessels that hold melanin.

Melanin has the ability to act as a protective barrier for the DNA in skin cells. When exposed to UV melanin forms a shell over the DNA having an “umbrella” effect.  It is UVB that causes sunburn “B for burn” and despite the age old adage “brown means healthy,” in the skin world it means “injury or burn to our skin cells”. Whereas UVA “A for ageing” causes deeper more permanent damage in the skin, resulting in lines, wrinkles, laxity or aged skin.  Melanin is not always stimulated by the effects of UV. There are many other reasons melanin production is triggered within the melanocytes such as hormones, drugs and disease.

There is still a lot about pigment (melanin) that science is yet to discover. Given what science has already revealed we can, with training, experience and knowledge, unravel the reason for the type of pigment seen in the skin. Even with all the skills and tools available to us, pigmentation can still be a mystery.

Pigment is a natural occurrence in humans. Over-production of pigment, however, is not and can be due to many factors often complex in nature, ranging from UV damage or too much sun exposure; trauma/injury; chemical and hormonal influences.  The great news is that there are now ways to address patchy, uneven discolouration in most cases. The aim of any treatment plan is to assess the cause or reason, the type of pigmentation, then to repair the dysfunction within the skin, control the production of the pigment, reduce the visual impact and protect the skin cells from further damage. 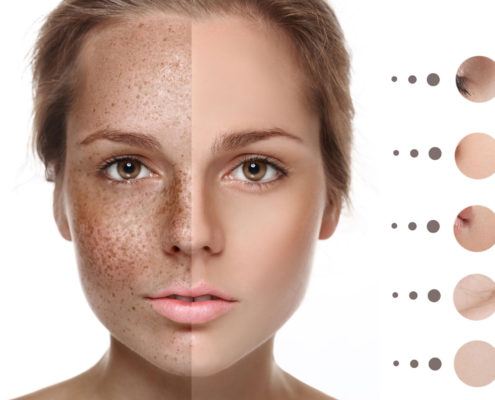 Age/sun spots are extremely common on the face, neck & chestPigmentation is a term often used to describe discoloration seen on the skin; discolouration outside our natural colour. It is the “collection” of melanin in the skin due to many factors that causes the visible darker areas to be seen.

Hyperpigmentation is an extremely common skin complaint resulting in uneven dark patches which can appear anywhere on the body however more frequently appear on the face, neck, chest and hands. Hyperpigmentation can affect men as well as women and any age group although it is typically more common as we age .

Hyperpigmentation or pigment spots are usually harmless, certain forms such as melanoma (a type of skin cancer) can be life threatening. It is prudent to undergo regular skin checks with a trained provider. Although generally harmless in nature, the effects of irregular pigmentation can be life-altering and affect one’s confidence and self-esteem. It is an extremely common skin disorder and establishing the cause and type of pigment is paramount and allows for an aesthetic plan to be formulated - to control and reduce the pigment seen.

Our genetic colouring does have a bearing on the types of pigment conditions that we can see on the skin – for example a darker skin tone can be more prone to post inflammatory pigmentation effects of inflammation in the skin for example due to trauma or injury or scarring following acne.

Science, research and technology is continually updating our understanding and knowledge when it comes to pigmentation. It is not static, nor is the type, reason, cause or treatment.  Knowledge allows us to be more informed, gives us better choices and options on this condition.

Outlined in our next blog are some of the findings in relation to this condition. The common causes or reasons for pigmentation and how these types of pigmentation present or look on the skin.  Following that will be our last blog on pigmentation – what can we do about pigmentation and what treatments are currently available to us.

Should you wish to find out more about pigmentation or any concerns you may have in regard to your skin please do not hesitate to contact me @ skinmatters.